It is said, “Never judge a book by its cover” to mean that the contents of an entity are often not summarized by their appearance, so it is important to delve into it with all curiosity.

African authors have had illustrations on their covers for years to tease and lure potential readers into the depth of their literature. In this article, we are going to check out the keys to a good book cover, if it is lucrative, the repetitive capturing of Africa and more.

Book covers have qualities that stand out in the mind of the reader so much so that I can bet that when you think of one of your favourite books, its cover will come to your mind (If you just did that, thanks for interacting with us! : ) )

More often than not, it is the book cover that piques the interest of a potential reader before they even walk up to feel the book in their hands and in almost an instant, foresee the emotions, the contents of and the direction of the book, all this from a look at a cover.

As an illustrator, tingling the senses of your viewer while grabbing their attention is a singular goal that can cause them to indulge or walk away.

In order to create stunning artwork, here are some tips (adapted from tckpublishing.com):

As of May 15, 2021, the average annual pay for a Book Cover Artist in the United States is $47,601 a year. (ZipRecruiter.com). Now that is a statistic according to US standards, which is considerably lower than the average job in their country. Currently, there is no average annual pay captured for the African artist, notwithstanding the differences that exist from country to country in Africa, their economies, and their art sectors. This is to say that the “African artist” even though we do not have dependable statistics on that is even harder to ascertain seeing as though Africa is vast, and its countries are different in the African art sectors.

This statistic on income in South Africa is also considerably lower to that of their counterparts in USA, showing that the industry in such places could be more lucrative. There is room for growth in the book cover art sector in some African countries. So one must ask, how do we get there?

On the subject of the cover artwork, there have been criticisms on the repetition of African depiction in art covers. In 2014, Simon Stevens tweeted about how there are often the image of the acacia trees silhouetted against the orange sunset, somewhat like the award-winning Disney movie The Lion King. The worst part is that there is sometimes a disconnect between the contents of the book and the cover to which has been depicted. 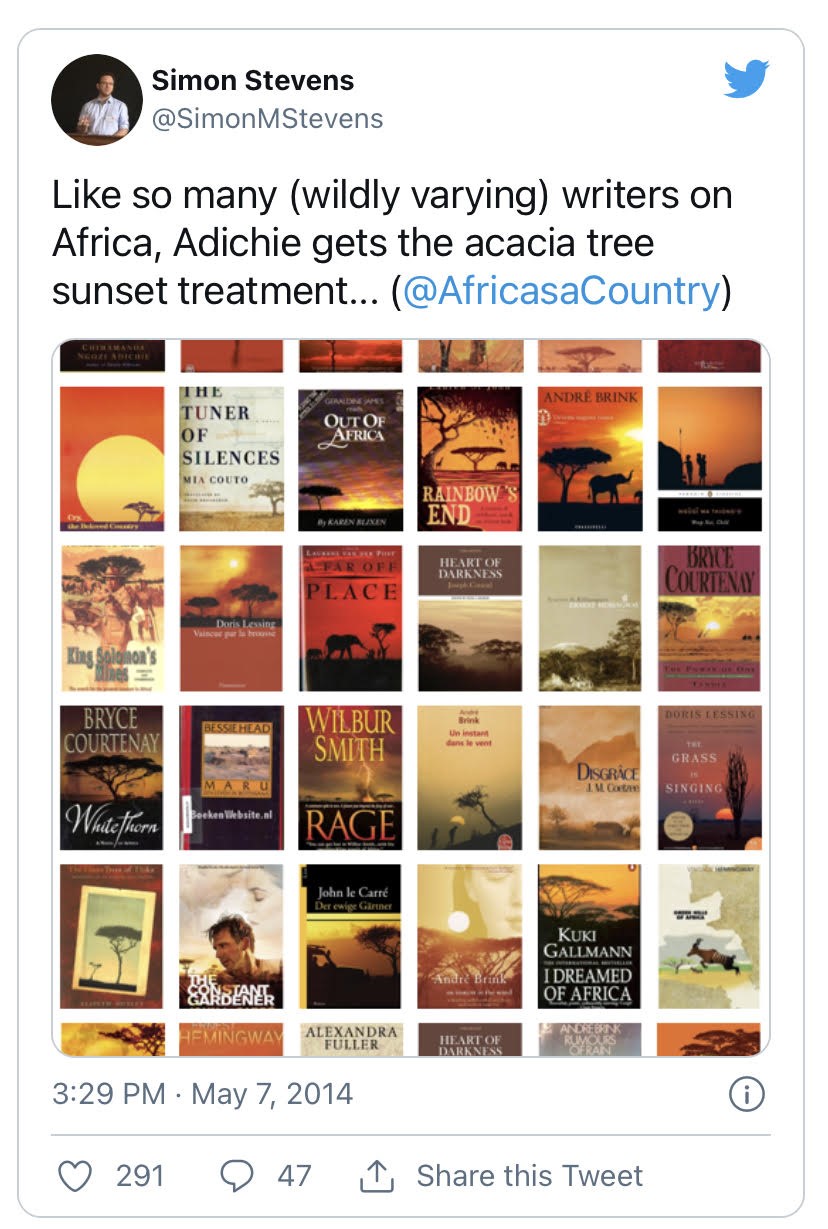 This criticism stems from unoriginality, repetitive stereotypes and ignorance of designers who do not research nor do they seek to break free from the image already created about Africa on book covers.

As contemporary African artists, there is a responsibility to literally draw history, thus bringing a fresh perspective to art and its industry. However, it is important to note that countless illustrators exist and could make a living out of this, but for the opportunity, platform and economic buoyancy it takes to depend on art for a living. A huge art cover industry can ben built on the soils of Africa and exported to the world.

VOODOO, A TABOO, AN ANCIENT RELIGION OR AN ARTFORM

VOODOO, A TABOO, AN ANCIENT RELIGION OR AN...

MY BODY IS THE CANVAS

Are Women the Key to the African Economy?

ARTTA is a fun, curated experience for any art enthusiast, collector, or anyone interested in African culture and art. Our aims to present established and ...

This website uses cookies to improve your experience. We'll assume you're ok with this, but you can opt-out if you wish. Accept Read More